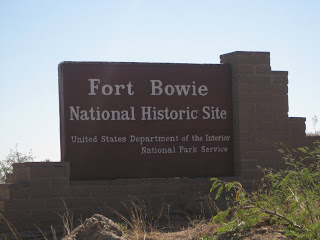 Fort Bowie was built in 1862 mainly due to the Native Americans known as the Chiricahua Apaches, who’s native ways and culture were being greatly threatened by the new white men.  The location of Fort Bowie was picked specifically for the involvement with the Chiricahua Apaches due to feuds involving the rights to the water in the Apache Spring as well as violence that was becoming a problem on both sides. 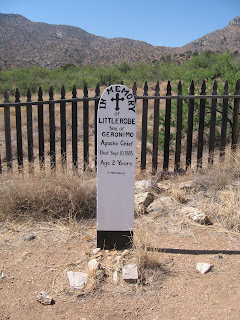 Although the Chiricahua Apache were there before the white man, there has been evidence to prove that there were actually Mogollon Native Americans that used Apache Spring before the Apache even came to the vicinity.
The Chiricahua were actually originally under Cochise up into the beginning of the 1860s and was not openly hostile to the new travelers until 1861 during the Bascom Affair.  On February 4th 1861, the 2nd Lieutenant George Bascom confronted Cochise about a 13 year old boy that had been taken by Native Americans.  The problem was that it was not Cochise’s tribe and he was greatly offended as well as upset, causing both sides to become violent.
﻿
﻿﻿
The troops that were stationed at Fort Bowie were there, essentially, keep the Apaches from entering or from harming anyone that was trying to pass through the Apache Pass, which included  caravans  and mail carriers.  While the troops were there for a sense of protection, their mere presence was a threat to the people that had made this land their home and the resources their own.  Tension would continually grow and get in the way  until finally in 1872, Cochise signed a peace treaty that was offered by General Oliver O. Howard.  ﻿﻿   One of Cochise’s sons was Geronimo, a medicine man, and he was actually a very influential man that was never a chief but naturally considered a leader.  Many people followed Geronimo when he alternately went towards peace and violence over the late 1800s.   After the peace between the U.S. military and the Apaches, there was eventually a reservation set up for the Apaches to live on called the San Carlos Indian Reservation.  The final battles between the U.S. military and the Apaches happened two years after Cochise died.  Geronimo’s surrender in September of 1886 would mark the end of the violence and would also be the end of what had been called the Apache Wars.  After the Apache Wars ended, Fort Bowie was finally officially abandoned October 17, 1894.  Then on August 30th,  1964 Congress authorized Fort Bowie to become a National Historic Site. ﻿﻿﻿﻿﻿﻿﻿﻿﻿﻿

﻿
﻿  Walking through Fort Bowie today, you can still find remnants of the old and new(er) forts that had been used in the late 1800s.  The fort had many opportunities and in these times, there were even regulations for the U.S. military forts to have schools that had to be taught by a qualified enlisted man or civilian.  The school cost a total of $977.75 and even acted as a library, court-martial room, and a chapel!  Although everything has been left in ruins, there will be no restoration process, only preservation.  It is fascinating to walk through the ruins of something that had such history!
﻿ ﻿

~Maegan Smith
Posted by History on the Move at 11:14 PM