A Walk to Remember on the Streets of Durango 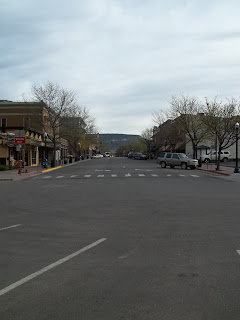 Along our journey throughout the Southwest, my internal clock has been giving me six a.m. wake up calls.  If I were at home in Lafayette, I would normally fall back asleep or wander into the living room to catch up on my Saved by the Bell reruns. However, being that pressing snooze doesn’t seem to work and I share a room with two other girls, I find the urge to go out and explore my surroundings. Childress, Texas unfortunately had me watching my feet for fear of seeing a rattlesnake slithering by, and though the streets of Santa Fe resembled a walk through the past, its layout, which is said to have been designed by “a couple of drunks riding backwards on a mule,” proved to be a challenge for my navigationally impaired self. Thankfully, we arrived in a place that has yet to yield any unappealing snake stories and that has streets open and welcoming to all its visitors. I am talking of Durango, Colorado and its Historic Downtown.

Durango, Colorado was first developed in 1881 when Animas City refused to let the Denver & Rio Grande Railway lay tracks throughout its town. The owners of the company found the uninhabited area between Animas City and Silverton to be a great location to better their business. The success of the railway in Durango offered more opportunities and an ever increasing population. As more and more families moved into the area, the downtown area began to build up with locally owned and operated businesses that complimented the railroad and its mining purposes. The years following Durango’s establishment saw the town take on a unique aesthetic. In the 1970’s the unique buildings and businesses that lined the streets of Downtown Durango were being torn down and replaced by more modern designs. It was at this time that the Durango Preservation Board was established. Their aim was to protect the integrity of Durango and its original Victorian structures. The formation of the preservation board provided the citizens of Durango with an interest in their history and its continued preservation. Today, Third Avenue and Main Street are historic Districts with strict laws that state that any form of remodeling can be done to the inside of the buildings, but the outsides must be cared for and maintained in the Victorian Style. 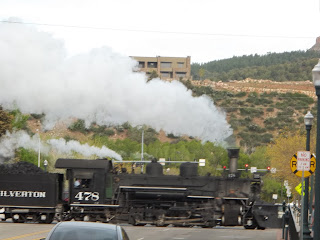 There really is no one particular thing that can explain it, but I know that each step down the Historic Downtown of Durango makes me feel like I am transported to another time. At six a.m. the Durango & Silverton Narrow Gauge Railroad was steaming up and preparing for departure to the small mining town of Silverton high up in the mountains. It is now a trip meant for the tourists, but the employees methodical movements make it seem like they are merely carrying on the traditions of the past. No fast food restaurant ruined my feeling of being a world away and no skyscraper ruined my view of the gorgeous Colorado morning. It’s a town that appeals to the tourist in you, but holds you with its timelessness. I felt like it was a city I could belong to; a city that would allow me to visit, but then wanted me to stay. I met countless employees of the Durango area that said they all fell in love with Durango as tourists but remained faithful to her as locals. This hold that Durango has on its citizens is not hard to understand. I felt safe everywhere I went along the Downtown streets and was never met with a feeling that I did not belong. I felt like I was at home. Like I could wake up daily at six a.m. and make the walk through downtown and never be tired of what I saw and how I felt. Durango’s simplicity coupled with its cultural diversity form a unique community. Its natural beauty and human history satisfies the adventurer as well as the historian. Durango’s ability to preserve its past and merge it with its evolving future makes it a wonderful place to visit and a potential home for an early bird. 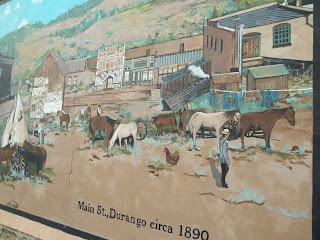