When people think of the Iditarod, the first thing that comes to mind is the dog sled race that takes place every year from Anchorage to Nome, Alaska.  Although that is the main use of the Iditarod trail today, it was a gold rush and a mail route years ago.  It was also used when there was an epidemic of diphtheria in Nome, which they had the serum in Seward, Alaska.  There were a team of mushers that had to get from checkpoint to checkpoint in order to get the serum to Nome, which is now used as the trail that is used in this Sled Dog Race.  Dorothy Page, who was a chairman of the Wasilla-Knik Centennial Committee, decided to have a sled-dog race on this historic site, the Iditarod Trail.  She got a few supporters, but Joe Redington Sr., was her first true supporter in this idea. There was a race in 1967 that was a 56 mile, two-heat run that was from Knik to Big Lake.  This was conducted after about nine miles of the route was cleared.  Then, in 1973 the first long-distance race was put into action by the work of three men, Redington, Tom Johnson, and Gleo Hyuck.  Then, when the trail was cleared all the way to Nome, the first person to win the Iditarod was a man by the name of Dick Wilmarth, as he took almost three weeks to make the thousand-mile race all the way to Nome, Alaska.


According to Iditarod.com, "“Redington had two reasons for organizing the long-distance Iditarod race: to save sled dog culture and Alaskan huskies, which were being phased out of existence due to the introduction of snowmobiles in Alaska; and to preserve the historical Iditarod Trail between Seward and Nome.”  The race is a very important part of Alaskan tradition, because it shows the part that sled dogs play in Alaska.  Although this race shows the strength and endurance these dogs can manage, it also shows people that they are important in Alaska, not just for a race but for being able to haul people and their freight around.

Although many people wish to see the Iditarod Trail when traveling through Nome, Alaska, the Trail impassable through any season except winter months. However, the Historic Iditarod Trail goes all the way to Seward, Alaska, which you are able to walk on, but not sled down. 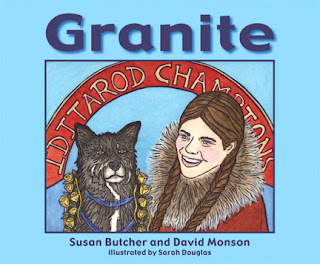 One of the many racers that are admired greatly, is Susan Butcher.  She is the only woman to ever win three consecutive Iditarod races.  Overall, she won four Iditarod races.  She was a great inspiration to everyone because she also was dealing with her Leukemia.  Her lead dog, Granite led her to three of her victories, but became ill and couldn’t win another one.  She is still admired in Alaska for her life, and how she was willing to help others as well.  She retired in 1993 to have a life with her husband, Dave Monson and have kids.

As of recently, Dallas Seavey won the Iditarod in 2012.  He is the youngest musher to win the Iditarod.  He took 9 days, 4 hours, 29 minutes, and 26 seconds to cross the finish line in Nome.  In 2011, John Baker won the Iditarod in the fastest time of 8 days, 18 hours, 46 minutes, and 39 seconds.  In 2004, the largest number of mushers, 77, crossed the finish line in Nome.  Only about a little over 700 people have actually finished the Iditarod.  These dogs also lose about 12,000 calories a day while in the Iditarod, which the mushers have to keep well fed in order to keep the dogs able to run.  They also have to wear dog booties on their feet, so as to not to get them too cold during the race. To keep track of the dogs, they insert microchips into the dogs fur.  This helps track where the dogs and mushers are along the trail.  They can also be marked by using collar tags.