The Chronicles of Quilliam

Quilliam sprang from the mouth of the Teklanika River in Denali National Wildlife and Preserve.  His full name is Quilliam Athabaskus III, master furrier.  He has come to personify the spirit of the entire group!  He’s great with kids and is quite the adventurer!
Quilliam has traveled along with the HOMers since Denali.  At Fairbanks, Quilliam’s first visit to a city, he was quite impressed with the seal skinning competition.  He even made the winner an offer for her fresh seal skin!  He loved Hotlicks ice cream and was in awe of the Aurora Borealis movie he saw at the Museum of the North.  However, he did notice how many around him were very relaxed during the riveting film.  Quilliam was a little more uncomfortable with the museum’s downstairs area; many native animals were mounted and on exhibit.  He had an intense urge to make a coat and matching hat. (Too furry) 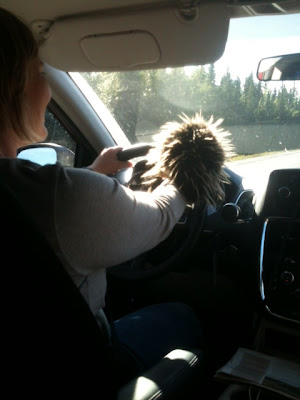 Quilliam has had an active social life on the trip.  He’s quite the ladies man and has made a move on more than one of the HOMers.  He has loved all of his long talks and laughter filled shenanigans in the evenings.  Quilliam has even had a few opportunities to drive both Blue Moose and Anuska vans!  In his short time with us, Quilliam has befriended all the other animals that have tagged along; he’s looking forward to hanging out with Little Alaska, Quilly, Porky, Pinky, Flappy, Flapper, and all the other friends we’ve made along the way.
Quilliam was very sad to leave Fairbanks, but he looked forward to his adventures in Wrangell- St. Elias.  The ride into the park made Quilliam a little queasy, but he survived. Crossing the Kuskulana River was nerve racking for him, but he pushed through it.  McCarthy was a real experience for Quilliam- the backpacker motel was unusual; his least favorite part was the communal restroom.  He was afraid of shedding and injuring innocent feet.

Climbing to Bonanza Mine was exhausting to Quilliam, but he found the view to be spectacular, it reminded him of Denali!  He rocked the hike and felt accomplished.  He mostly enjoyed sliding down the snow, but he knew he could not beat Tori’s record!
Quilliam was impressed with the mill town but mostly with the work the HOMers did in the cemetery at Kennecott.  The transformation he saw was quite astonishing.  He supervised from the fence post all while sipping an Arnold Palmer.  The views across Wrangell-St. Elias were amazing; he was  sad to leave.  In a last ditch effort Quilliam tried to make his escape by jumping out of a backpack.  He was reluctant to leave the area, but he then realized he was afraid of the Alaskan Creep, the -50 degree weather, and the locals.  So Quilliam made the long trek back towards civilization.  Just like the HOMers that had to pile in to one van for the five hour ride back to civilization, he was quite cramped.  He was almost smashed into a furry hat, and for those that found him, his mode of travel was quite amusing!
The next phase of his trip, Quilliam tries to block out of his mind.  The New Caribou Hotel was quite disturbing to him.  He was afraid of becoming a bear burrito under the red heat lamp in the bathroom and unfortunately did not take any baths because the water reminded him of the beaver fever he left behind in the wild.  Quilliam was quite excited to see the Princess Lodge after the New Caribou Hotel! Despite the power outages, Quilliam found himself living in the lap of luxury, drinking hot chocolate and eating caviar.  He definitely got his fancy back at the Princess Lodge!
Quilliam has only been related to one scandal on the trip; Anuska’s tire mysteriously went flat the day after his best friend Keagan, fought hard for a victory in cards over Dr. Carriker and Dr. Farmer-Kaiser.  Quilliam is quite the card shark!  Quilliam denies any involvement in the incident.
Quilliam is looking forward to finishing the trip with the HOMers and looks forward to visiting Lafayette for the first time.  Even though he has a mysterious past, and changes his accent and background story frequently, Quilliam has become a beloved friend of almost every HOMer! 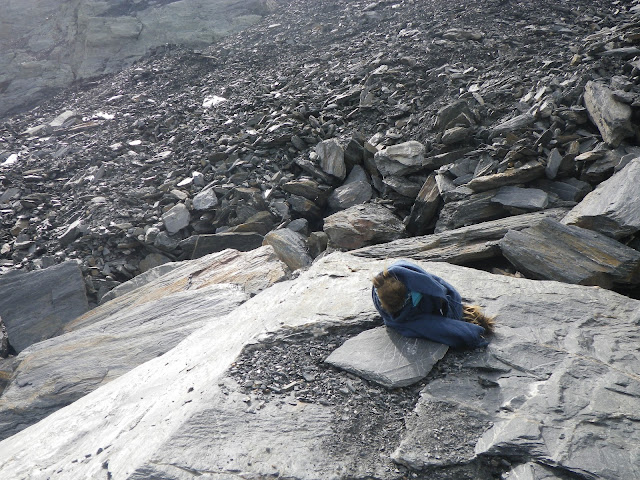 Keagan Johnson
Posted by History on the Move at 6:46 PM