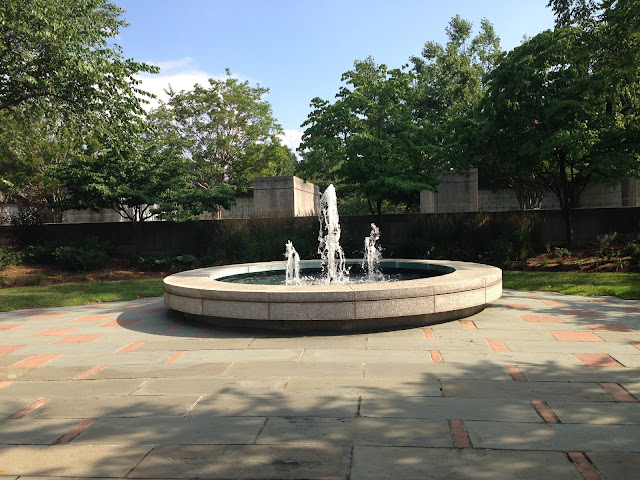 This cemetery started during the Civil War, by the Union soldiers taking over the estate, who were displeased with Robert E. Lee, who previously lived on the property.  It is located in Arlington, Virginia, where the estate overlooks Washington D.C.  However, many other monuments attract tourists, such as the Arlington House and the Tomb of the Unknowns. 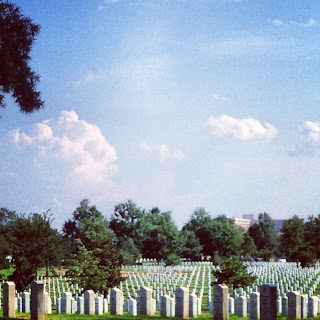 The Arlington House was the first on the property, as its construction started in 1802, as the house of George Washington Parke Custis, who was the adopted grandson of the first president, George Washington. The house began as a living memorial to the president. After its finished construction in 1818, the house was inhabited by George Washington Parke Custis and his wife, Mary Lee Fitzhugh. Only after their deaths, did the house go to their daughter, Mary Anna Randolph Custis, who then married Robert E. Lee. The property was willed to his wife, and then it was to go to their oldest son; it was never offically Lee’s property. In 1861, when Virginia seceded and joined the Confederacy, Lee became a General in the Virginia army. Once Lee was able to see the oncoming war, he wrote to his wife about the possibility of losing their home, saying: "War is inevitable, and there is no telling when it will burst around you...You have to move and make arrangements to go to some point of safety which you must select" (National Park Service website). Once the Union army took control of the Arlington House, it was not meant to be used in the war. However, the Union army used the grounds and built forts on the property. In 1864, the first grave was set for Quartermaster General Montgomery C. Meigs, which thus began the practice of using the area as a cemetery. This was in hopes of the Confederate General refusing to take back the property.  However, after the Civil War, and General Lee’s death, George Washington Custis Lee, the son of General Lee and Mary Anna, tried to claim the property as his, as it was in his grandfather’s will.  The property then became his in 1882; however, a year later the United States bought the estate from him for approximately 150,000 dollars.  The land then became a National Cemetery.

Now, at this Cemetery rests more than 300,000 veterans. Many monuments were put in the Cemetery. One of the most memorable for the tourist is the Tomb of the Unknowns, or the Tomb of the Unknown Soldier. This monument is always watched over by guards who continually march in front of the tombs for 21 steps. The guards are there 24 hours a day, every day in honor of those lost in each of the wars. There is an unknown soldier from each of the wars since the Civil War, including World War I, World War II, and the Vietnam War. Visitors can watch the changing of the guards, which happen either every hour or half hour, depending on the time of year you are there. Watching the changing of the guard, is why many people come to the Cemetery. I was able to experience watching the changing of the guard, while we were there, and it was awe-inspiring. The way the soldiers were so perfect in every movement they made, is just incredible. 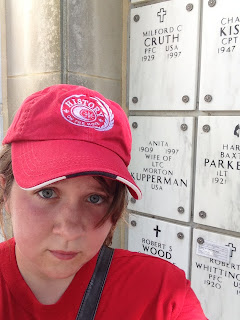 I, personally, have a grandfather, who was a private in the U.S. Army, whose remains rest in one of the coliseums in Arlington National Cemetery. Although I was very young when he passed away, I still have memories of him, and going to Arlington when I was young. I was actually able to visit my grandfather's grave and spend time there. I also have a great aunt, who has passed very recently, who also is buried in a coliseum. She was an Airman First Class in the United States Air Force. I was able to visit her burial site, as well, which I never before had the chance to do.