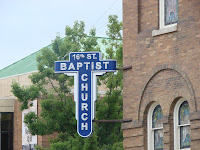 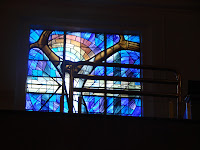 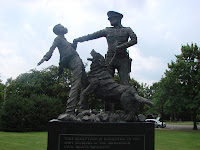 On July 31st, 2013, I went to the Birmingham Civil Rights Institute. There where a few things that really got me thinking when I was there. One of the things I was really surprised about was the control the Klux Klux Klan had in the city of Birmingham. The Klan pretty much ran the city with threats to both the white and black populations. If an African American would step out of line the Klan was likely to lynch them or harass them in many other ways. They acted with violence towards blacks. They would harass whites in the community that were trying to help blacks such as judges, lawyers and policemen who were just trying to be on the right side of the law. There was an example of one judge who was castrated by the Klan in order to give the community an example of what would happen if a person were trying to help the black cause. The Klan was the aggressor, the sign of tyranny in a democratic nation. The civil rights movement was the sign of democracy, a people fighting for their freedom and rights, a necessity our country is said to be based on, a country were all men are created equal. 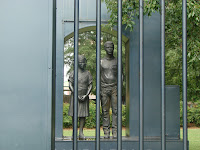 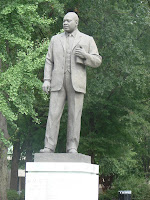 I believe that if whites, Klan included, did not use violence the civil rights movement would have not went about the way it did. Civil rights activists were using non-violence to try to push for their cause. In a normal rebellion or movement we usually see violence such as the Haitian Slave Revolt, the American Revolution or the French Revolution. The revolters, rather than the people that are being revolted against, such as the Americans revolted against the British, usually promote violence. In the case of the civil rights movement the whites where the aggressors and by civil rights activist choosing their non-violent method made the movement much more affective. If African Americans would have took the violent approach to their movement the sympathy would not have been on their side, but because they were non-violent and whites where using violence they had the sympathy on their side. African Americans ensued sit-ins and peaceful marches where they were beaten to a pulp by whites including police officers. Sprayed with hoses and getting torn apart by dogs. The media was there to catch it all and the whole world saw what was happening in places like Birmingham, Selma and Money. These events shook the nation and showed the American public these whispered tales of the South were actual reality and change was needed not later, but now. Leaders such as Martin Luther King realized the power of the media and utilized it as much as possible. I believe this movement would not have been the same without the media.


-Adam Bercegeay
Posted by HOM South - student at 7:37 AM