One Sunday during our travels, we had our choice of adventures. Washington DC was our oyster. I made my way to the International Spy Museum. Initially, I found it difficult to find because I couldn't figure out how the streets and Metro run. The museum opened in 2002 and is the only museum of its kind in the United States. I was very excited for this museum as I wondered how do you tell a history of smoke and mirrors? When I finally found the museum, I was surprised at how unassuming it was. As I walked up to the ticket counter, I realized that this museum was more than just exhibits and artifacts, but included an interactive experience.

Operation Spy is a one hour group experience that I chose to take part in. This experience puts you into the shoes of a spy on a mission and it is up to you and the rest of your team to succeed. Your mission is to recover a stolen nuclear weapon trigger in a fictional Middle Eastern country. We did everything from to decoding and listening to tapped conversations to searching a suspect's office to interrogating a rogue asset during a polygraph. At the end of the experience, the team is given a score based on their performance.

The actual museum is broken into several sections: the spy school, historical espionage, and the 50 years of James Bond exhibit. The Spy School has various interactive parts to teach you the tricks of the trade of spying. I was able to listen to wire taps around the museum and crawl through a ventilation shaft.  Even in this part of the museum there were actual devices on display that were used in espionage. 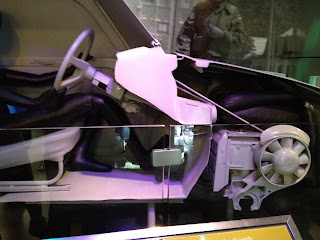 The historical espionage covers nations across the world from all time periods. I found it interesting that ninjas were actually used as spies more so than assassins in Japan. Did you know that Julia Child was a spy before she was famous? I didn't. It was very interesting to see some of the ways that spies would communicate. The Chinese developed an ink that would dissolve through an eggshell and appear on the inner surface. 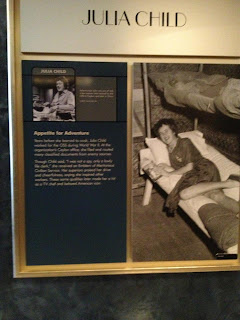 The last part of the museum was the James Bond exhibit. The exhibit does more than document the movie franchise based on the Ian Fleming book series. Its shows how the movies have influenced the real world and vice versa. The Aston Martin DB5, the most famous of Bond's cars, has features that were added to operatives' cars after the debut of the film. 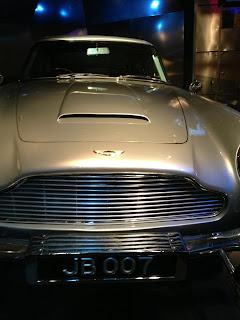 I loved the International Spy Museum and recommend it to anyone with an interest in espionage or have children. The museum has enough hands-on areas spread throughout the museum to keep children engaged. I want to go back and explore it some more one day, but until then I will just have to stay out in the cold. For more information on the museum visit: www.spymuseum.org.

-Danielle Vidrine
Posted by HOM South - student at 6:47 AM